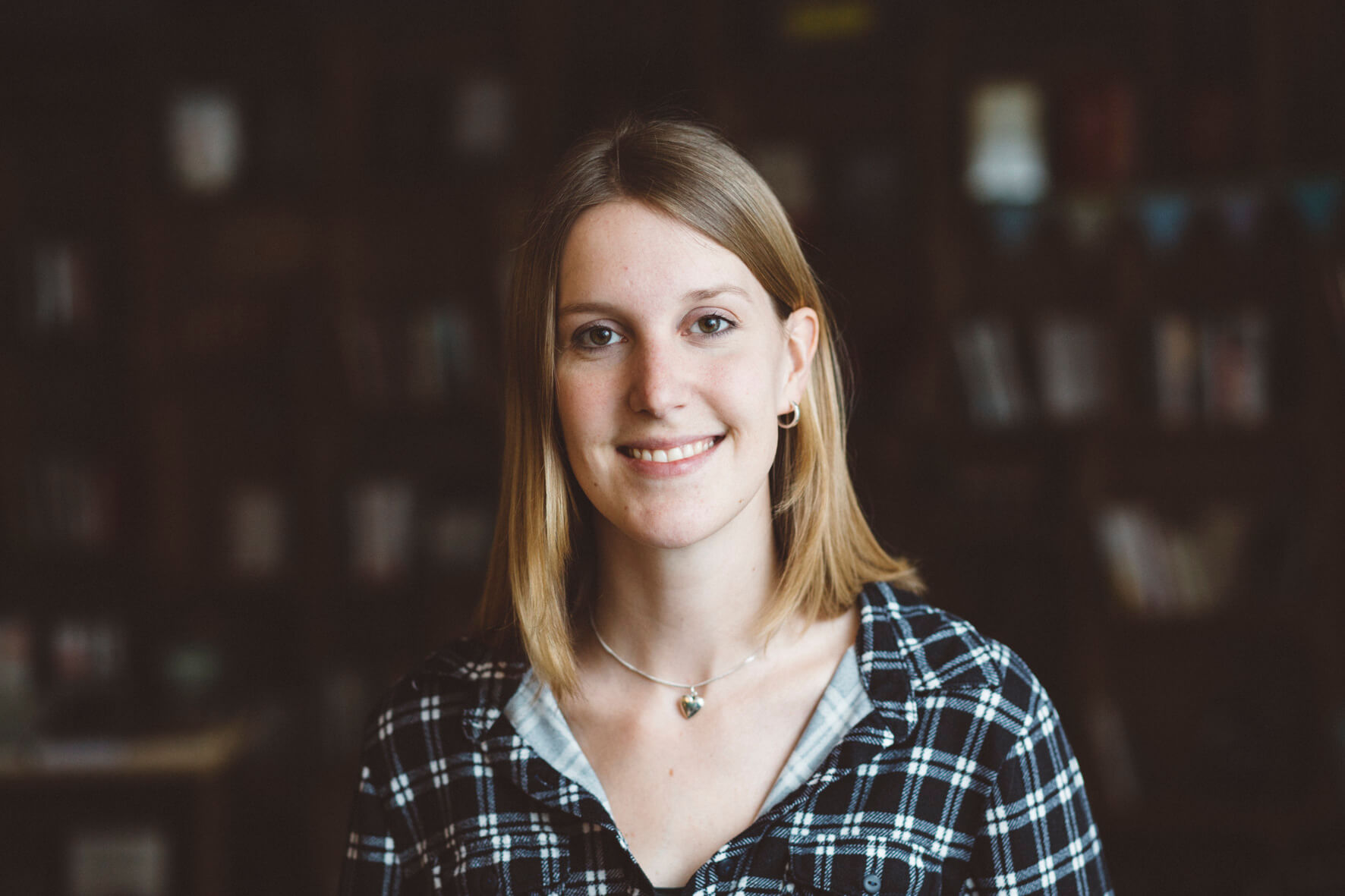 A slightly faded poster with a map of the world on a white wall, a silver desk lamp in the background – this is the setting seen in the videos of the YouTube channel “Neverforgetniki”. Its owner is Niklas Lotz, age 20, and he has 133,000 subscribers.

He likes to describe himself as conservative or bourgeois and vehemently resists the accusation of being “right-wing” or even a member of the “extreme right”. In his videos, in which he looks fixedly at the camera while speaking, Lotz rants against “mass migration” and the media, against the Greens, the SPD (the Social Democratic Party of Germany), the climate movement or sea rescues. From time to time, the CDU (the Christian Democratic Union, the conservative party of Chancellor Angela Merkel) also gets a dose of his attention.

However, you won’t find any criticism of the AfD (the Alternative for Germany, a right-wing to far-right party). On his official Instagram channel, Lotz follows the AfD, the FPÖ (the Freedom Party of Austria, a right-wing populist party) and right-wing YouTubers like Timm Kellner and Lisa Licentia.

Our investigations show that Niklas Lotz is supported by a network of bloggers, YouTubers and authors. They have given him a platform – and not just him. Nineteen-year-old YouTuber Naomi Seibt has also benefited. The supporters of the young influencers have a lot in common: they are part of the sphere of the New Right, which is building up its own public media and is raising its own offspring in order to reach a young audience. They spread disinformation. And they know each other.

Niklas Lotz and Naomi Seibt did not respond to our questions and requests for comments.

Scroll down to see the highlights in the careers of Niklas Lotz (blue) and Naomi Seibt (red).

One man helped both Naomi Seibt and Niklas Lotz to take their first step into the public sphere: David Berger, who runs the right-wing blog Philosophia Perennis. After “Neverforgetniki” published a few videos with Lotz’ own poems in 2016, there was a gap on his channel until early 2019. Then, a guest contribution of his appeared on Philosophia Perennis, and a short time later he published his first political video.

Thus, the path followed by Lotz was essentially already outlined beforehand. David Berger is one of the New Right publicists who joined together in the “Vereinigung der Freien Medien“ (Association of the Free Media). In May 2019, the AfD invited them to a conference at the Bundestag. CORRECTIV has already exposed some of the posts on Philosophia Perennis as false reports. For example, a video allegedly showing that footage of drowning migrants was faked. Berger, too, did not respond to our questions sent to him by email.

When PP introduced the young author Naomi Seibt with a guest contribution some time ago, it caused a sensation and was the beginning of a great career – and not only within the scope of the free media. With this contribution, we are establishing the tradition of introducing young authors who are still unknown in the free media. The young man who writes under the pseudonym Neverforgetniki is already known to a larger public through his comments on Facebook and some YouTube videos (see at the bottom). We are posting a guest contribution written by him for the first time (David Berger).

(Translation of the foreword by David Berger to the article by Niklas Lotz.)

Naomi Seibt was even younger than Niklas Lotz when she made her debut on Philosophia Perennis – she was just 16 years old. In 2017 Berger published an essay on nationalism written by her. The young woman has her own YouTube channel since May 2019. Her first video: a poem with which she took part in a competition organized by the AfD. Today, she has more than 46,000 subscribers and the number is likely to grow as international climate change deniers attempt to establish her as the “anti-Greta”.

The most common topic in his videos is the alleged restricted freedom of expression in Germany. In contrast, the videos in which he voices his own opinion are quite successful: they reach several hundred thousand clicks. By advertising on YouTube, “Neverforgetniki” makes money – and he recently published a book. However, he is not exactly scrupulous about providing evidence for his theses. In August 2019, he hinted that a CO2 tax was actually nothing more than a “refugee tax in disguise”. And there was absolutely no evidence of this, as our fact check proved.

The strategy of building up new talent like Lotz or Naomi Seibt reveals a pattern: they are interviewed and made to benefit from their own reach. This automatically integrates them into a network that has already taken a certain direction.

For example, Lotz receives support from former N-TV presenter Michael Mross,. He runs the news portal MMNews, which, for instance, reported falsely in 2015 that the EU intended to abolish hard cash as of 2018.

Niklas Lotz’s biggest supporter is currently Heiko Schrang. His book was published at the end of 2019 by Schrang’s publishing house “Macht steuert Wissen” (“Power Drives Knowledge”). Schrang promoted “Neverforgetniki” on his own YouTube channel as early as April 2019 (“Remember this name!”). He interviews well-known figures with great familiarity: Michael Mross, David Berger and Martin Sellner from the Identitarian Movement. He speaks of the “vaccine lie” or “5G zombies” – also popular topics of disinformation – or a “GEZ mafia”.

The rejection of public-service broadcasters is a common link shared by Niklas Lotz and his environment. He is part of “Hallo Meinung” (“Hello Opinion”), the still young initiative set up by the Bavarian entrepreneur Peter Weber, which calls for a boycott of public-service radio broadcasters. “We’re pooling our strengths at last,” said Lotz in a greeting video in October. “We’ll take action against the left-wing dictation of opinion in Germany; we’ll fight for change, democratically and under the rule of law, and we’ll strive to make Germany a beautiful and livable country again.”

Amateur videos shot by citizens – including several by a woman named Brigitta Gerecke – are published on the YouTube channel “Hallo Meinung”. She had already appeared at a neo-Nazi parade of “Patrioten Niedersachsen“ (“Patriots of Lower Saxony”) in Peine in 2018, as documented by photos in media reports (here and here).

It is possible that Niklas Lotz and the Bürgerforum (Citizens’ Forum) don’t know anything about the background of the people expressing their opinions in “Hallo Meinung”. We didn’t get a reply on contacting Lotz and Peter Weber. But the network of the young YouTuber, who calls himself bourgeois and conservative, is clearly right-wing. Neither he nor Naomi Seibt differentiate themselves from the so-called Identitarian Movement, which in Germany is considered a “case of suspected right-wing extremism” by the Bundesamt für Verfassungsschutz (Federal Agency for Constitutional Protection).

Shortly after her contribution to Philosophia Perennis in 2017, the Identitarian Movement placed a link to an interview with Naomi Seibt on their blog. And in July 2019, Seibt was interviewed by Sellner’s wife, Brittany Sellner (whose surname at that time was still Pettibone).

No direct contact between Niklas Lotz and the Identitarian Movement is known. But references are made to him within the environment of the movement. His videos are also advertised by Journalistenwatch (Journalist’s Watch); the right-wing blog regularly includes links to his posts.

When the channel “Neverforgetniki” was blocked by YouTube in August 2019, Martin Sellner, the head of the Identitarian Movement in Austria, showed solidarity with “Niki” on his own website. He placed himself on the same level with him because his own channel had also been blocked: “From James Allsup [a right-wing extremist in the US] to Neverforgetniki to my own channel, those who are inconvenient because they do not fit the picture are silenced,” wrote Sellner. Just as a reminder: Martin Sellner is the person to whom the right-wing extremist killer from Christchurch transferred money in January 2018, according to the German Federal Criminal Office.

Incidentally, Niklas Lotz was represented by media attorney Joachim Steinhöfel during this YouTube block. Steinhöfel is connected to “Hallo Meinung”; together they call for a boycott of public-service radio broadcasters. In October, the lawyer was a guest of the AfD fraction in the Bundestag. Steinhöfel currently also represents the right-wing blog Tichy’s Einblick (“Tichy’s Insight”) in a lawsuit against CORRECTIV and the fact-check cooperation with Facebook. The blog is thereby trying to prevent our fact checks. The reason for this is our article “Offener Brief zum Klimawandel: Weder haben ‘500 Wissenschaftler’ unterzeichnet, noch stimmen alle Behauptungen“ (“Open Letter on Climate Change: No ‘500 scientists’ signed, neither are all claims correct”).

It is this network of relationships that has helped YouTubers like Naomi Seibt and Niklas Lotz in their ascent. The young woman who recently made the following claim about her commitment to climate issues: “We have no agenda, there is no ideology behind us.” And the young man who said in one of his most recent videos: “… that allegedly I am having exchanges with the New Right in Germany. I actually don’t even know what form the New Right takes in Germany. Who am I talking to on a regular basis? I really don’t know what they mean by that.”