In 2000, Hutu leaders who had fled Rwanda to eastern Congo after the 1994 genocide created a new militia: the Forces Democratiques pour la Liberation (FDLR). Their ultimate goal: to return to Rwanda. In 2009, under increased military pressure from Rwandan and Congolese troops, FDLR committed a number of massacres in remote villages in eastern Congo.

On paper, the FDLR claimed to be a full-blown state structure complete with its own political branch. In reality, it was little more than a rag-tag militia deep in the remote borderlands of Eastern Congo. With one exception: the FDLR had a political leadership, boasting a president and a vice-president. 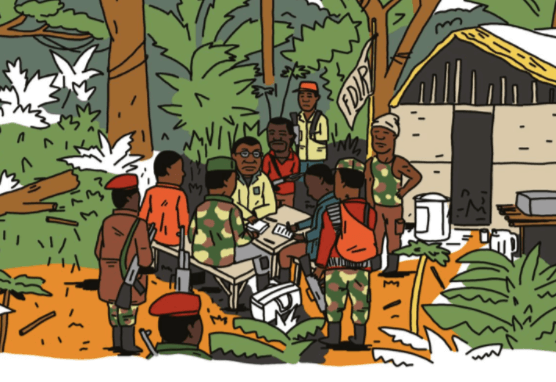 But these two officials were living far away: in the safety and comfort of southern Germany. From here, they spread the group’s propaganda, and helped military commanders on the ground, for example by buying credit for their satellite phones, including at the time of the massacres.

In 2014, a Stuttgart court sentenced FDLR president Ignace Murwanashyaka to 13 years in prison on charges of being a member of a foreign terror organization and abetting war crimes. In December 2018, the highest court in Germany overturned the verdict and returned it to the Stuttgart court.

In a project funded by the Open Society Foundations, CORRECTIV has turned this story connecting Africa and Europe, Congo and Germany into a graphic novel. The English version is now available for free download.

One of CORRECTIV’s key ideas is to support and strengthen journalism by finding new ways of story-telling, thereby attracting new audiences. Besides graphic novels, CORRECTIV has turned its investigations into theatre performances.

CORRECTIV sometimes adds the journalist conducting an investigation to the list of characters of the story to allow greater insight into how journalists work. 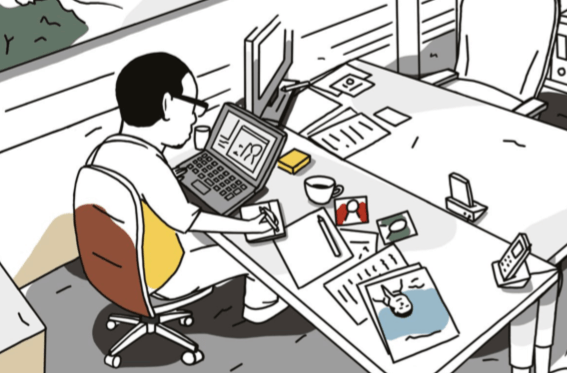 In ‘Made in Germany – A Massacre in Congo’, the illustrator Gregory Dabilougou takes the reader on a journey from his home in Burkina Faso and later his travels through Germany where he follows in the footsteps of Ignace Murwanashyaka who originally came to Germany in the 1980s. The narrative of the graphic novel is divided into three layers: Greg’s research in Germany, the life of Ignace Murwanashyaka and the history of the FDLR leading up to the 2009 massacres.

Funded by the Open Society Foundations, CORRECTIV has awarded two fellowships, one to an illustrator from sub-Saharan Africa and the other to an artist from the Arab world. Greg, who is based in Burkina Faso’s capital, won one of the fellowships and teamed up with CORRECTIV journalist Frederik Richter. The graphic novel on the Arab world is in production.

Please find your free PDF download of ‘Made in Germany – A Massacre in Congo’ here.

We are also publishing an exhibition of the graphic novel. You can download it here, print the panels and show the exhibition in your city. Just let us know where it was shown!